Nosema
Scientific Beekeeping
info@scientificbeekeeping.co.uk
Nosema was classified as a protozoan until recently when it was reclassified as a microsporidian fungus. It is a common disease of adult honeybees, caused by Nosema apis or Nosema ceranae. N. ceranae has been linked to colony losses ocurring later in the year.

The fungi produce spores which are ingested by adult honey bees when they feed on food and water contaminated with spores, for this reason it is important to change brood frames every three years or less. Drifting and robbing can also be responsible for spreading the disease.

Both species of Nosema infect worker bees, queen bees and drones. When young adult bees are infected with nosema it affects their digestive system, compromising the bees ability to produce brood food and royal jelly. Bees so affected often skip the nurse / brood rearing function and thus have a shortened life. Nosema infection can be a reason for queen failure and finally colony death.

Like other fungi that infect the honey bee, the nosema spore germinates, injecting its contents into the ventricular epithelium. It proliferates within the cell, absorbing nutrients, causing the cell to burst and release the new spores back into the gut. The damaged cells are more susceptible to secondary infections. Of the millions of nosema spores generated in a single worker bee, many will be excreted and consumed by other bees.

Lack of "good" gut bacteria (probiotics) may favour the proliferation of nosema. Ironically the use of antibiotics in the past to treat nosema may have encouraged it. Glyphosate (the herbicide Roundup) has been reported to have the same negative effect on the bee gut flora.


Aneta Ptaszynska
Mature spores measures:
N . apis 4-6 μm in length and 2-4 μm in width, while
N. ceranae 3.3-5.5 μm and 2.3-3.0 μm
Monitoring of nosemosis in the Lublin region and preliminary morphometric studies of Nosema spp spores.
A word about Dysentery:
Dysentery in man is caused by amoeba or bacteria, rarely viruses. It is characterised by the frequent passage of faeces with blood and mucus.

I'm not sure who first coined the term in relation to bees (and I wish they hadn't) but it seems that it sounded like a more impressive sounding symptom than plain diarrhoea. Streaks of yellow faecal matter on the outside of a hive with none on the frames is normal in the springtime. Bees will do anything to avoid fouling inside the hive so, when it is seen, this is a sign of disease.

This indicates consumming honey through the winter with a high level of ash (minerals). These are generally the darker honeys such as Ivy and Heather honey. It can also be due to having sugars indigestible by honey bees available to them.
Honey Bee Nutrition 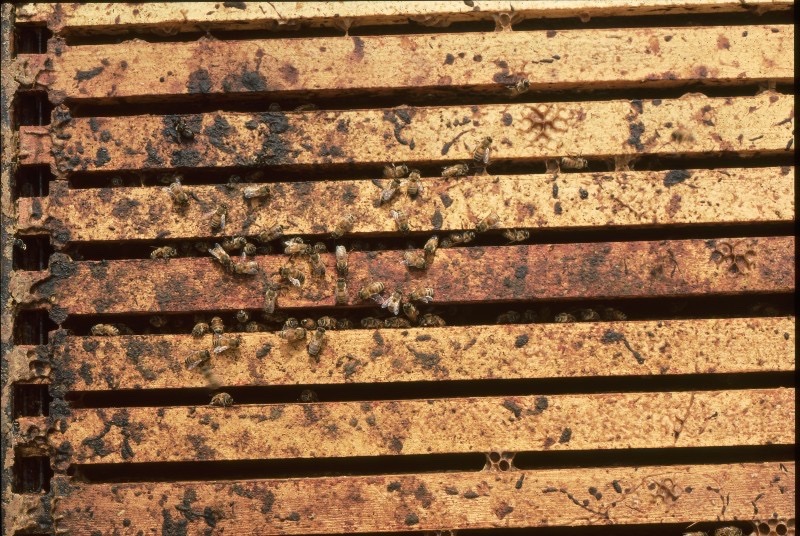 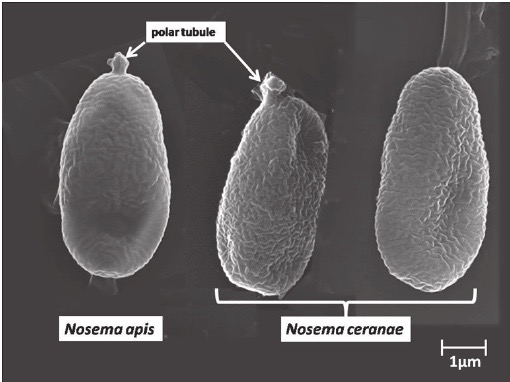